I thought, when you said God would heal you by you seventh birthday, that maybe it was the meds talking.  They removed some of your brain matter when they chiseled away a chunk of that tumor.  Massive amounts of radiation stunted your development & ability to read, and chemotherapy that could break the brain-blood barrier surely didn’t help.

One night, months earlier, you decided to prophesy in the middle of the night—such a devout little thing.

“Claire, we need to start going to church!”

WTF, Ellen?!  How do you even know what church is?  But you were right about that, too.  Because when I met Jesus at the Malibu Vineyard in the auditorium of my elementary school, when Love held me tighter than any wounded parent could, I was home.

Healed by your seventh birthday?

How did you know?  A voice?  A vision?  Did you see the scan proving your brain had flashed to a cool, empty blue instead of that fiery red mess of tangled death?  You believed God.  You took the Word and ironed it onto your heart: Healed.

How?  What did you sense that we couldn’t?

Did you know that some people would attribute the disappearance of your cancer to the interventions of chemicals, surgeons, and burning radiation beams?

If God can part the Red Sea and crumble sturdy walls, then surely God can manipulate some brain matter in a little girl who wants nothing more than to witness and worship a Good Daddy.  But did God part the Red Sea?  We can’t find Jericho today, it’s not where they said it would be.

Did God really do this?

Did a Healer wave a wand, or was that a scalpel?

Here’s the thing:  it doesn’t matter.  It doesn’t matter whether or not God freed six million Jews, actually.  Because to the Jews, their God was big enough to free twenty million.  Did trumpets bring down an ancient fortification?  Does it matter?  Because to the musicians blasting away on the outside, their God was one who could bring it down.  Having seen the miracles God/Love/Peace performed in their own hearts, having taken their first hit of Shalom, the tribesmen were hooked; and they needed to write about this God for their children, to prove S/He wasn’t a dick.

This God, this One is different.

Who can I trust here?  Doctors?  Scripture?  Pastors?  Priests?  Radiologists?

In the polaroid, the one techs took right after the scan that proved your prophesy correct, we’re all huddled together, think meerkats—stunned and tired.  My belly fat is starting tell me lies, the overalls hug the pudge tighter than the magazines tell me is acceptable.  Fiona, still in her stroller, still perfect.  Daddy in a suit, with shorter eyebrows.  Mama wearing jeans, a white shirt, and camel-colored flannel draped over her boney frame.

For two years we marinated in sickness and tears and disassociation, and then: wait, we can breathe now?  It’s okay to exhale?

We are tired because the dread, distrust, and fear clouding our vision prevented us from stepping into the Calm Waters with you; we didn’t see them flowing just steps away.

Ellen, you’re beaming in the photo.  Because now you’re free, and you’re right—you’ve been resting in the river nobody else saw the whole god-damn time.

Look at what God did here. 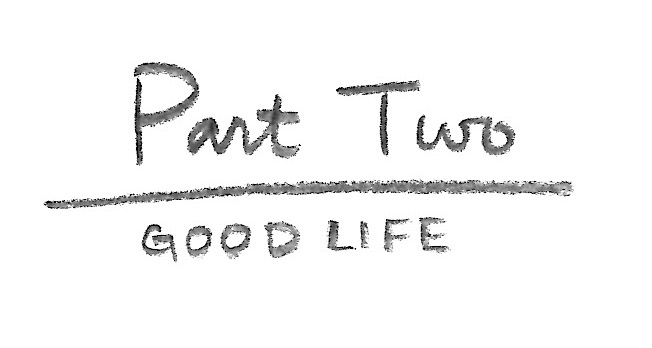 All this miracle and light

There is nothing left to hide

You can dance and sing

Here in the magic