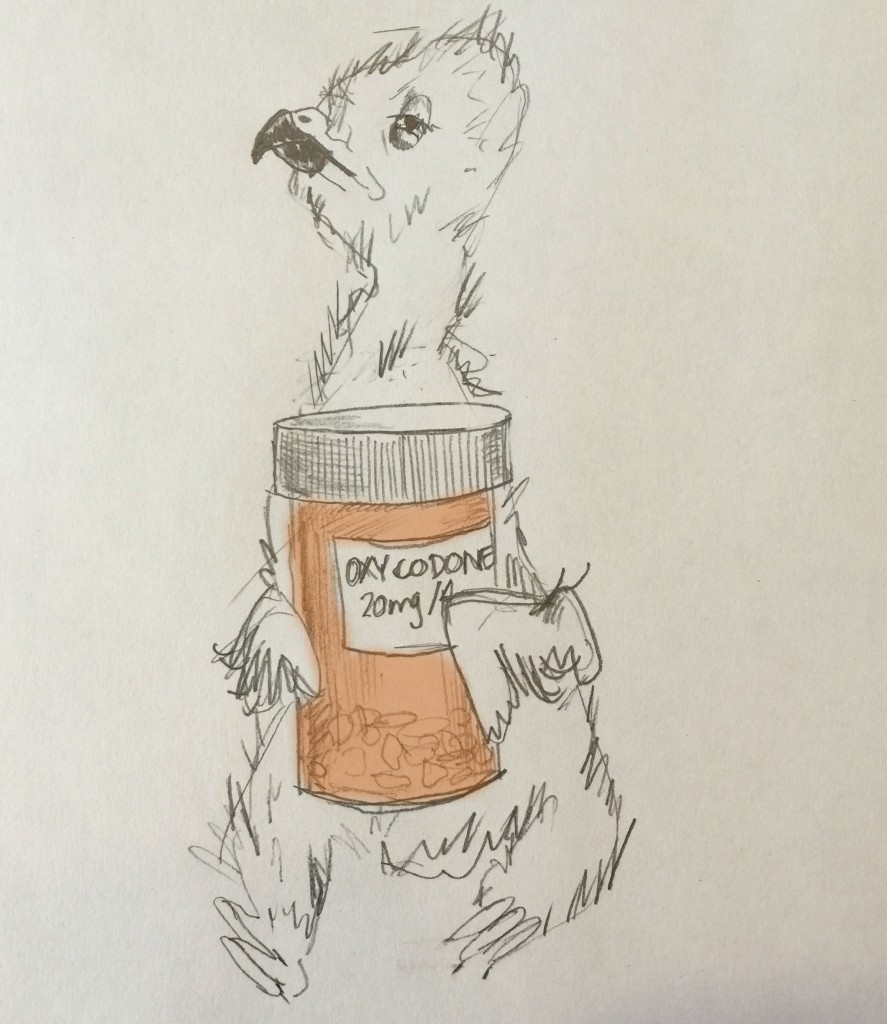 For as long as I can remember I’ve used the term swooping to describe those “in the knick of time” moments that always seemed to plague, and bless, me.  My best friend and I use it when things like this happen: her not getting kicked out of pre-med for what they thought was cheating (it wasn’t). Or when the mass in my chest just turns out to be scar tissue, not a recurrence of Lymphoma.  When I first started using the phrase, which was probably in middle school, I imagined a mama eagle swooping down and saving her baby from a splattered death on the rocks below.  Maybe the baby accidentally fell out of the nest in a fit of rage.  Or maybe the baby was using reality-altering substances and stumbled out in a daze? Or maybe I, err—the baby— intentionally stepped over the edge of the branched enclosure just to see what happened.  Would I die?  Would Mama Eagle really go that out of her way to save a little shit like me?

It turns out yes, God always always swoops.  I think swooping is like Grace.  I don’t know why She, the Eagle, cares so deeply about my well-being, but She does.  Well maybe I do know why, because I am of her.  Because She created me, and because I am worthy of Love.  So I take it back, I do know why She swoops.  It’s because She Loves me.  Even when anger and rage settled in to stay because I got cancer, again—while pregnant.  Even when I nodded off while my kids play upstairs because I took too much Oxy.  Even when I tested Her with threats of abandoning the faith, abandoning the crappy eagle life She gave me, I’ll cut my wings off!— SHE SWOOPS.

And that’s Grace.  NO MATTER WHAT, God wants us.  Always.  You want proof?  I have some proof.

1. When I met David I was dating another man, as far away from Jesus as I could get.  Unable to stop wounding myself by staying with unloving men I begged for an intervention, “I’d rather be a robot who gets in to heaven than a human who goes to hell,” I journaled.  So much shame.  A swooping was in order, and even when I broke at least seven of the ten commandment, I got David.  I still got all the good stuff.  Very quickly after meeting David I knew he was the one, and I never returned another call from the other guy, and that was a good, loving choice.

2. I put my son in the NICU.  My substance abuse put my son in the NICU.  That’s at least five years of a guilt and shame-ridden existence.  But you know what it got me?  Swooping, in the form of rehab.  That Mama Eagle loved me too much, and wouldn’t let me meet a splattered end on the rocks below.  Grace.  Even after Atticus was born, I continued taking the meds for several weeks before I entered an inpatient facility.  Imagine a little eagle tumbling through the air, popping Oxy and Adderall the whole time, completely unable to help herself.  Does that little thing deserve the fullness of the Kingdom of God and Grace?  Does that little being deserve a sacrificial Love?  Yes!  It’s just outrageous, isn’t it?

3.  Cancer?  Yes.  It was Ellen’s eleven-year decline and eventual death-by-brain-cancer that solidified my belief in Swooping.  How many times had my family braced for the smashing of the century?  Too many.  How many times did we actually meet a splattered demise?  Zero.  Grace.  In the midst of unspeakable horrors, God came and whispered the only thing that needed to be spoken:

It is DEATH before new life.  Not, I AM DOING EVERYTHING RIGHT before new life.  It is showing up even when you feel like there’s no way God could love a whore, an addict, or a cancer patient.  You don’t get help, love, and favor for doing good things, for being good.  Maybe you do, I don’t know, I could make an argument supporting it I suppose.  But that has not been my experience.  My experience has been that I get help, love, favor, and a good ‘ol fashion swooping simply because I asked for help.  And sometimes, even when I didn’t.

If you’re doing everything right, then you don’t need a Helper.  If your kids don’t make you want to punt them across the kitchen because they won’t stop scratching at your leg like a tiny, hungry dog, then…well then I want your kids.  I love that in moments like that, or when they ALL peed through their night-time pull-ups, that I can text a friend and ask for help, prayer, encouragement, etc.  That means I don’t have it figured out.  That means I am broken, still.  That means I have a reason to approach Jesus, and my tribe, honestly and openly begging for better.

I struggle with degrees of brokenness.  Was I more in need of swooping in the week before rehab and in my first few impossible weeks of sobriety?  Or do the cries of a tired, weary mama register at the same decibels to the Mama Eagle?  Does it matter?  I need help.  And, Thank You for helping.

In David and Goliath Malcolm Gladwell discusses the impact that surviving Nazi air strikes had on Londoners during WWII.  Officials planned for a huge influx of mentally unstable citizens as the bombings began, even converting buildings outside the city into mental institutions to accommodate the projected masses of PTSD’ed patients.  Then something really rad happened.  Those who survived bombings became stronger each time a bomb missed (Gladwell refers to these survivors as “remote misses”), more determined in their resolve to survive & thrive.  They felt more powerful because they evaded death and cheated the Nazi’s.  I think we’re all remote misses.

Mama🐻Monday: What To Do After You Tell Your 5-Yr-Old (or yourself) She’s The Worst

Here’s What Your Kid Wants For Christmas